Is Bruce Jenner Latest to Suffer from “Escalade Curse”? 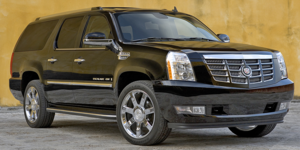 Aside from having fame and fortune in common, these celebrities also don’t have much luck when out and about in their Cadillac Escalades.

Merry Christmas From Everyone At AskPatty

We Hope Your Holidays Will Be Filled With Joy And Laughter Through The New Year.

Posted by AskPatty - Automotive Advice for Women at 12:21 AM in Commentary, Current Affairs | Permalink | Comments (0) | TrackBack (0)

In September, the Irwindale Speedway held the largest ALS Ice Bucket Challenge ever seen in the Greater Los Angeles area and one of the largest ever held in the United States, according to its press release (see the YouTube video below to catch some of the highlights). Thankfully, the number of these videos plastered across social media has finally started to taper off because I just couldn’t bear to watch another one of them—all those shivering people give me the willies! However, if you're gonna go out with one last image of an ice bucket challenge, then it may as well be this one.

Posted by AskPatty - Automotive Advice for Women at 8:00 AM in Commentary, Sports | Permalink | Comments (0) | TrackBack (0)

AskPatty Remembers Our Women in the Military

Today at AskPatty, we remember the women service members who have taken on a variety of roles and have risen through the ranks in our nation’s military. Wives, mothers, sisters, daughters: At the foundation of our nation’s history with the American Revolution and continuing to the present, women have always volunteered in defense of our nation.

According to the National Women’s History Project, more than 24,000 women served in World War I -- half of whom were nurses in the Navy, Army, and Red Cross.

From 1942-1945, while men fought in the battlefront of World War II, more 18 million women filled the civilian and defense positions created is the country's shift to wartime productions.

Scores of women have served honorably in a variety of occupations, but most importantly, we made history when The Pentagon lifted its ban on women in front-line combat roles. In January, 2013, Defense Secretary Leon Panetta and General Martin Dempsey, chairman of the Joint Chiefs of Staff, signed an order at a Pentagon news conference rescinding the rule that prevented women from serving in direct combat jobs.

Continue reading "AskPatty Remembers Our Women in the Military " »

Posted by Brandy S at 8:00 AM in Around the Auto World, Careers for Women, Commentary, Current Affairs, News Briefs for Women | Permalink | Comments (0) | TrackBack (0)

Support the Multiple Sclerosis Society, Get a Chance to WIN a One-of-a-Kind Ford Mustang Convertible!

Ford Motor Company, which has worked closely with the Michigan Chapter of the Multiple Sclerosis Society for more than a decade, has generously donated a vehicle to benefit the National MS Society and the NOW research campaign. Raffle tickets for this once-in-a-lifetime opportunity are $20 each, and the drawing will be held in August as part of the annual Woodward Dream Cruise. Click here to find out how to purchase your raffle tickets.

A media ride and drive event in Memphis several years ago left me with some free time in the afternoon before heading to the airport to return home. My colleague and I were wondering how to pass a few hours, when he suggested we visit the Lorraine Motel, the assassination site of Martin Luther King, Jr. which now houses the National Civil Rights Museum. It was an eye-opening afternoon for me: I was raised in Hawthorne, California, in the 1970s, and grew up with the understanding that all us kids were the same -- even though I was a white girl and I was the minority among my own diverse peer group.

More than 40 years ago, on April 4, 1968, the Lorraine Motel was a small minority-owned business in the south end of downtown Memphis. The motel's owner, Walter Lane Bailey preserved two rooms of his hotel as a shrine to Dr. King as well as to his wife, Lorraine, who died of a brain hemorrhage several hours after King was shot. Ultimately, the hotel closed down, and group of prominent Memphians, concerned that the historic site would be destroyed through neglect and indifference, formed the Martin Luther King Memorial Foundation to save the Lorraine.

With support from the City of Memphis, Shelby County, the State of Tennessee, as well as many local banks, businesses, and community members, the National Civil Rights Museum opened its doors to visitors on September 29, 1991, and now houses a 12,800-square-foot exhibit titled "Exploring the Legacy." It also connects to the Main Street Rooming House across the street where James Earl Ray allegedly fired the fatal shot resulting in the death of Dr. Martin Luther King, Jr.

Each year, the National Civil Rights Museum provides a memorial program on Martin Luther King, Jr. day, with an entire day of programs and activities to inspire new generations of leaders to service.

On this day each year, I'm challenged to consider how this holiday is relevant to a woman's automotive site, and I'm reminded of what things were like for black people during the 1960s. I didn't live through the Civil Rights era, so my understanding of racisim and segregation is guided largely by what I learned in history classes, by what I experienced during the Los Angeles Riots of 1992, and by considering the moving exhibits at the museum.

The civil rights laws of the 1960s were intended to prohibit race and gender discrimination in the handful of markets -- employment, housing, and public accommodations -- in which discrimination was perceived to be particularly acute. According to Thomas J. Sugure in his Case Study titled "Driving While Black: The Car and Race Relations in Modern America" I am reminded that issues of transportation were especially significant.

Posted by Brandy S at 10:04 AM in Around the Auto World, Commentary, Current Affairs, Share your Car and Truck Stories | Permalink | Comments (0) | TrackBack (0)

AskPatty Takes a Look at “50 Shades of Gray” -- in Automotive Paint Shades!

In the “Fifty Shades of Grey,” book trilogy written by E L James, the number fifty describes Christian Grey, a man of many moods, talents, personalities, and vehicles (including jets and yachts).

With all the buzz in the media about the upcoming “Fifty Shades of Grey” movie adaptation, I thought it would be fun to list 25 shades of grays for 25 of my favorite cars. To be sure, most cars do look super sexy in certain shades of silver.

At The Los Angeles Auto Show, Hyundai's Hydrogen Fuel Cell Vehicle Is The Next Big Thing

The Los Angeles Auto show was a buzz with “Green Automobiles,” the alternatives to the gasoline-powered internal combustion engines  (ICE) we are all so accustomed to driving. Seems to me that electric automobiles have been increasing in popularity for the last couple of years!

Manufacturers have made some great progress with plug-in electric automobiles: they’ve increased the distances the automobiles are able to go on a single charge, and there are more charging station outlets available for electric car drivers to use.  Fisker and Tesla  have also made sure that frumpy style is no longer an issue. Automakers have even made great strides to reduce cost and make the electric automobile much more affordable and appealing to mainstream public. However much to my surprise electric automobile reveals were not the only big thing at the Auto show this year: it was actually the hydrogen fuel cell automobile presented by Hyundai stealing the “green” show…

Posted by AskPatty - Automotive Advice for Women at 8:00 AM in Around the Auto World, Cars Be Green & Eco-Conscious, Commentary | Permalink | Comments (0) | TrackBack (0)

Erin Evernham asks, “What Would they Say, If These Cars Could Talk?”

Having spent most of my life around race cars and collector cars, I often wonder about the stories behind each car. Yeah I know they are inanimate objects but I still like to use my imagination now and again... or maybe I just watched movies like “Cars” and “Christine” one too many times.

Take an old race car for instance... Wouldn’t it be neat to hear the stories about when it was in its heyday?  About the characters who drove the car, about its “injuries and burns,” about its “surgeries,” about its arch rivalries on the track, about getting soaked in champagne in Victory Lane, about the day its owner moved on to a newer and younger model… And what about the rest of the story? Did it end up getting refurbished and reincarnated for a museum or did it head to the graveyard like most? Or even worse: did it end up in the crusher?

Continue reading "Erin Evernham asks, “What Would they Say, If These Cars Could Talk?” " »

Art mimics life in Kristin (MK) Ducote’s newly released book "Naked Paddock." In this novel Ducote’s main character and the events surrounding the lead's life are very similar to what Ducote herself has experienced. Throughout "Naked Paddock" there are many ‘true tales’ regarding a woman’s insights (and juicy behind-the-scenes drama) that occur within the fast and flashy world of motorsports, and nobody can tell it better than the wife of Le Mans driver Chapman Ducote.

Although Kristin Ducote grew up riding horses on a little farm in Florida, her humble (and very grounded) childhood and later adulthood helped to train and prepare her to be the amazingly successful 30-year-old she is today.