« Adapting to Change: Being Female Friendly in the Service Department | Main | Not a fan of Valentine's Day? Here are 10 lesser-known February holidays you should be celebrating instead. »

Well, as 2020 comes to a close, I think it’s fair to say that not many of us are sad to see it go.  It’s been a chaotic and unpredictable time, and even the holidays seem very out of sorts this year due to COVID restrictions, and general concern for the safety and health of those closest to us.  As I write this, I’ve just accepted an E-Invite to one of our annual holiday traditions – in a normal year, we gather with friends for an evening during Hanukkah, we all pitch in to cook latkes and a delicious meal (the meal varies, but latkes are always a given) together, and then we gather around a table with graham crackers, candy, frosting, and building tools, and construct the most clever gingerbread (well graham cracker) houses we can come up with.  This year, we’re doing it virtually – each cooking in our own kitchen, building candy houses at our own tables while connected via Zoom.  It’s a poor substitute for real human connection, but this year, I’ll take it.

As we look forward into next year, I’ve been doing some thinking about New Year’s Resolutions.  I’ve never been big on making them, because I know that I wouldn’t be big on keeping them.  I suspect that many of you may be the same way.  Well, this year, I don’t just want change – I feel like we all need it.  So, instead of making New Year’s Resolutions, those promises to myself that I swear to keep while falling right back into old habits, I’m making New Year’s Solutions.  The focus this year isn’t on the promise, but on the result.  I’ll make it happen, by hook or crook.  If you’d like to hit the “Reset” button and get 2021 started in a positive direction, I recommend doing the same thing, and here are some tips we put together to help you stop resolving, and start solving.

Change is an upheaval by nature.  Before you leap into the process, take time to mentally prepare for the fact that if you’re going to be successful, things are going to have to be different.  Don’t be afraid to rethink yourself, and to reframe the way you look at your habits and life.  Changing long-standing habits isn’t easy.  Take a step back, keep positive, and don’t be afraid to change gradually – no need to be in a hurry.  Set achievable goals, stick to them, and make consistent progress (at whatever pace you’re comfortable with). 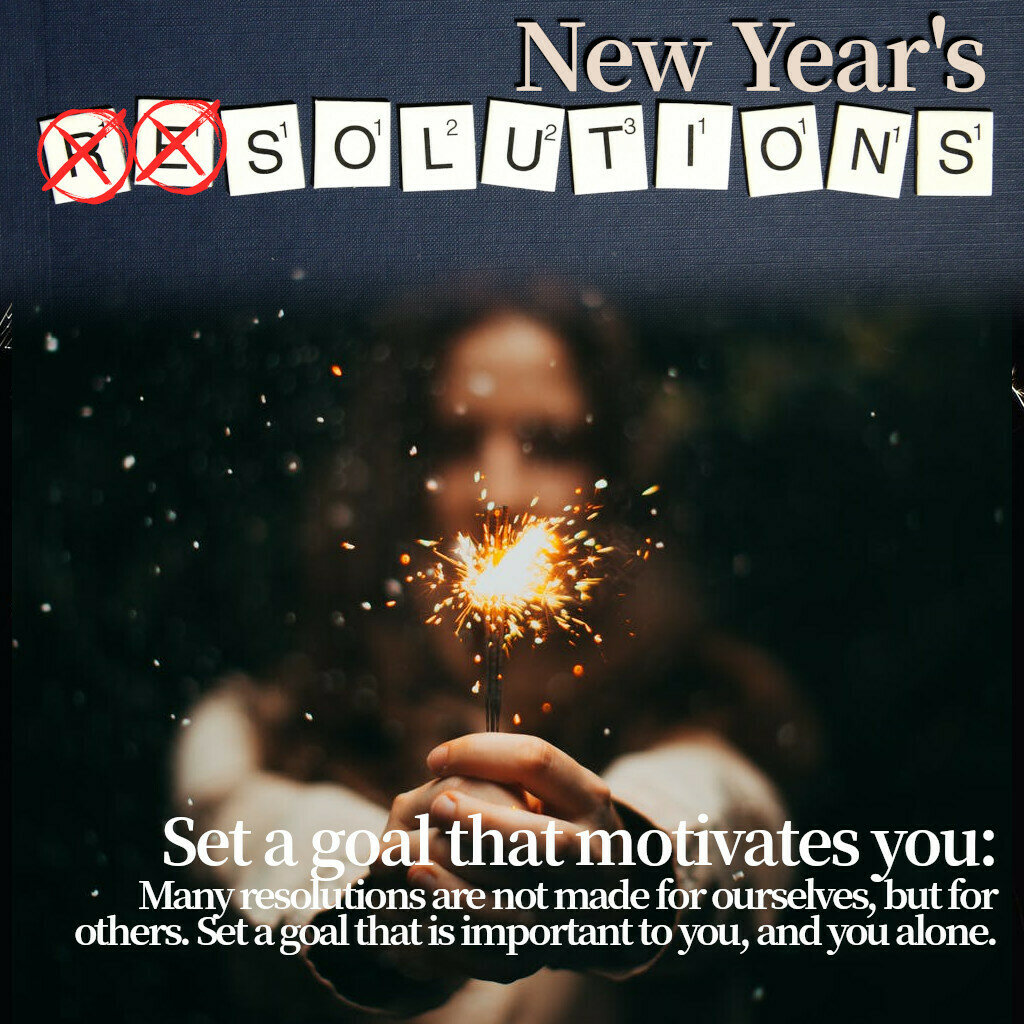 Set a Goal that Motivates You

Often, we make resolutions not for ourselves, but for others.  This is a recipe for falling off the proverbial wagon.  This year, set a goal for yourself that’s important to you, and to you alone (if it pleases other people, that’s a bonus – but that’s not the point).  This is the year for your own solutions, not someone else’s. 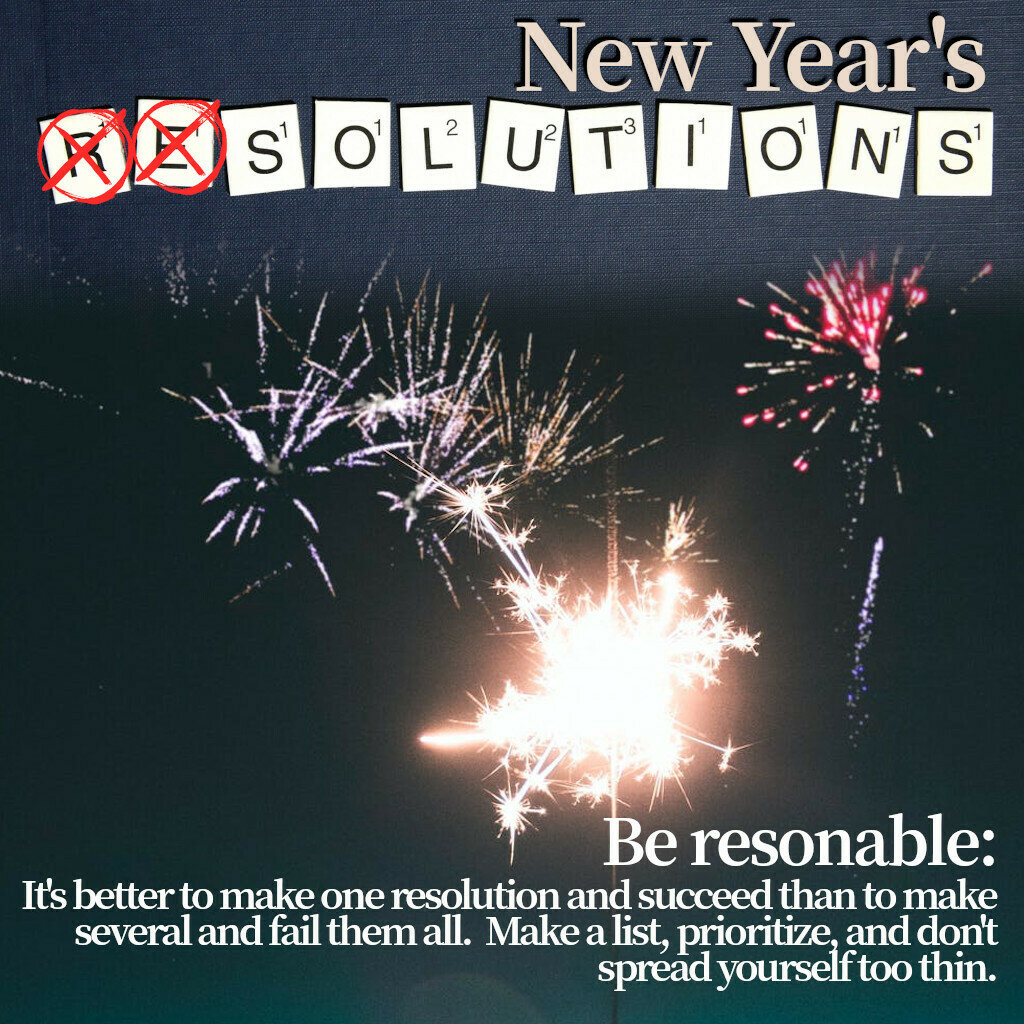 Sometimes New Year’s Resolutions come in batches. However it’s better to succeed at one resolution than to fail at several.  Make a list of goals, prioritize, and choose one or two goals that are important to you, challenging, but achievable.  Don’t spread yourself too thin! 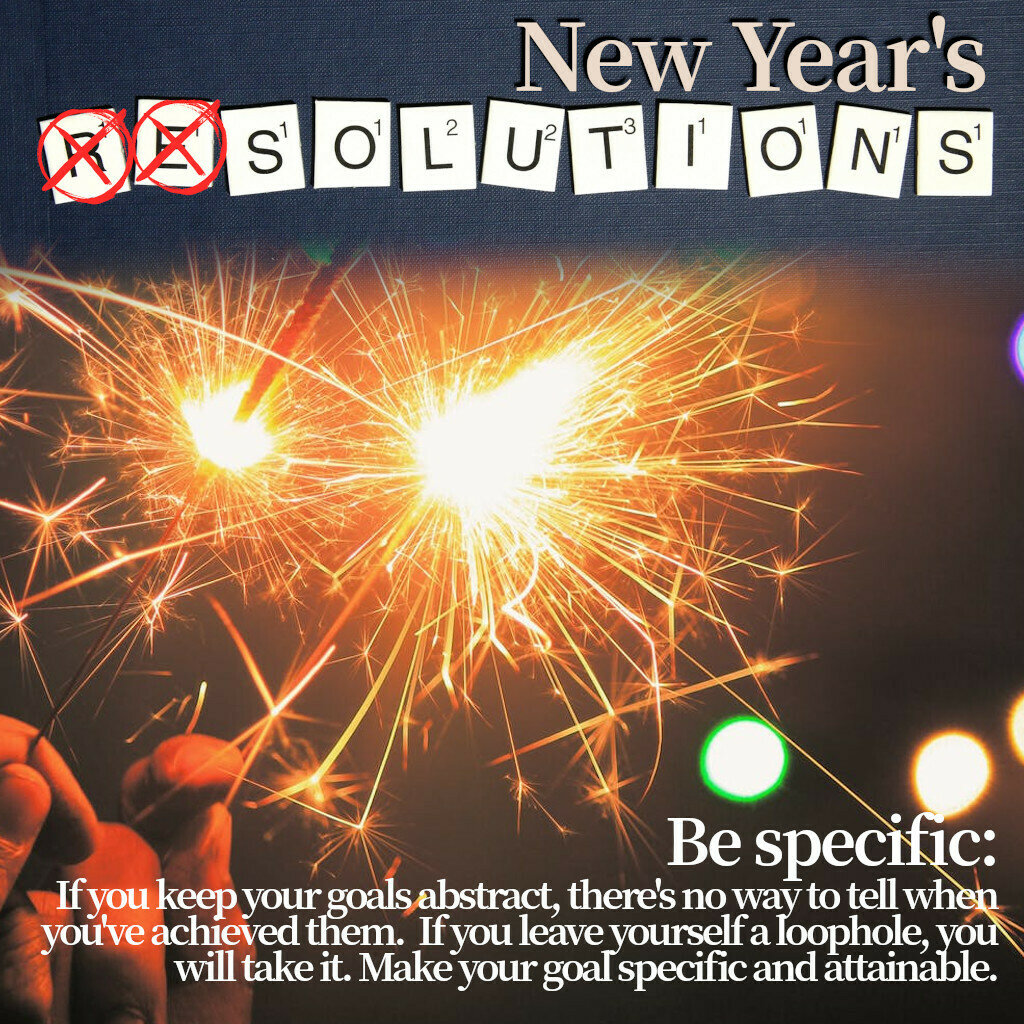 If your goals are vague, like “lose weight” or “spend more time at home,” it’s hard to tell when you’ve achieved them.  Make your goals specific.  If you’re learning a new language, set a goal to read a certain (preferably short, remember the previous tip) book written entirely in that language by the end of the year.  When you’ve accomplished it, you’ll know.  Similarly, consider whether your goals have a workaround or a loophole you might exploit later.  If you leave yourself a loophole, you will take it. 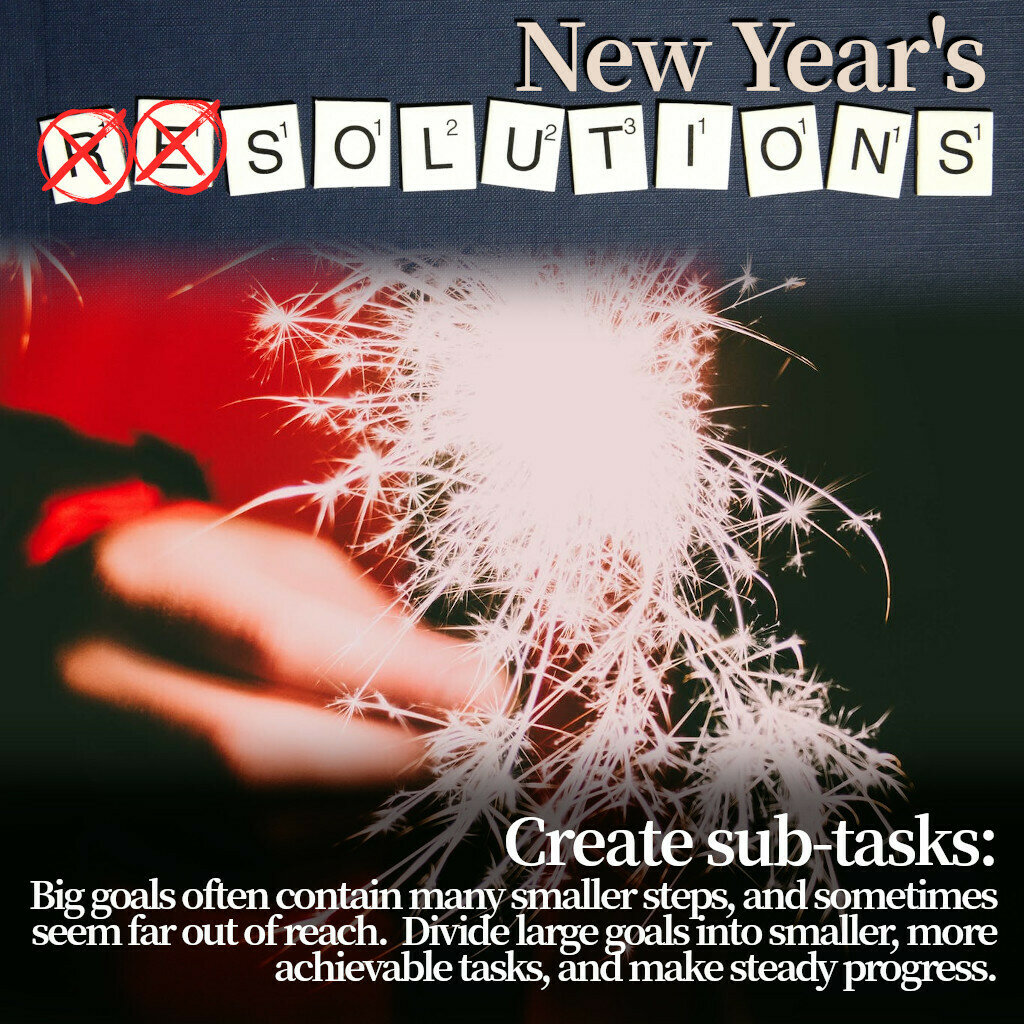 Big goals can seem far out of reach, but they are made of many small steps. Once you’ve decided on the one or two goals that are important to you, it’s time to divide those large goals into achievable sub-tasks, so you can be sure to make steady progress. 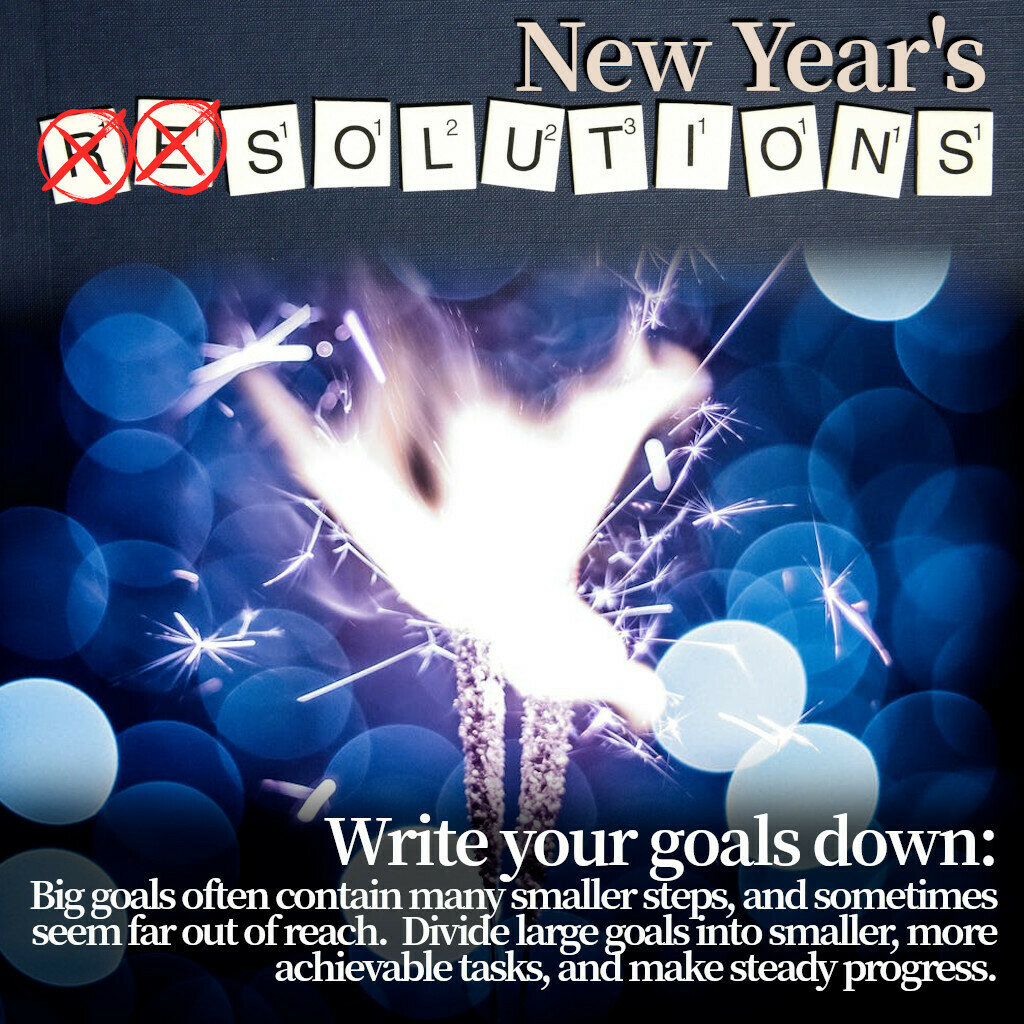 Write Your Goals (and Sub-Tasks) Down

A goal that’s only in your head is made to be missed.  When you make a plan, write it down.  Then, you’ll have something to reference all year long, and a checklist to mark off as you make progress. 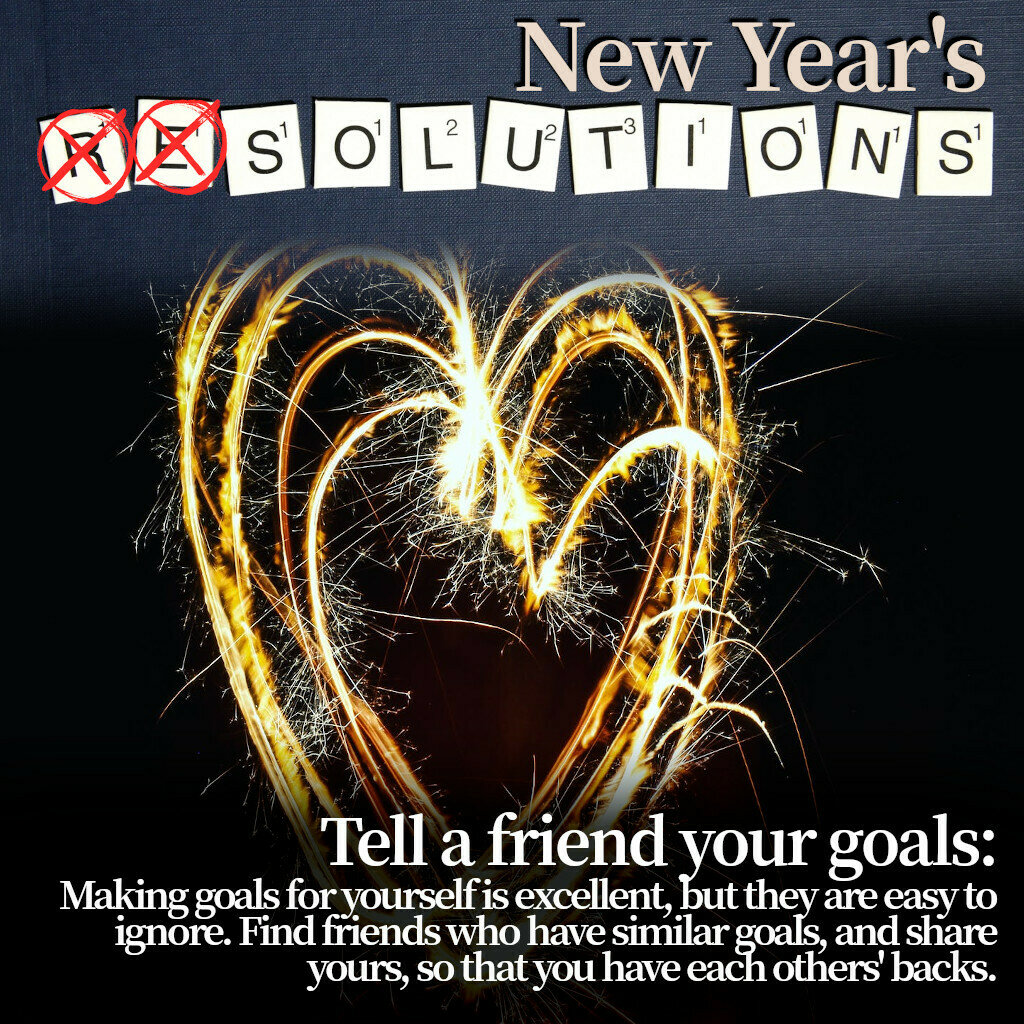 Tell a Friend Your Goals

Making goals for yourself and only yourself is excellent, but if you’re the only one who knows, they can be easy to ignore.  Loop a friend in so you’ll have an accountability partner.  Find friends who have similar goals, and let them know yours, so you can have each other’s backs. 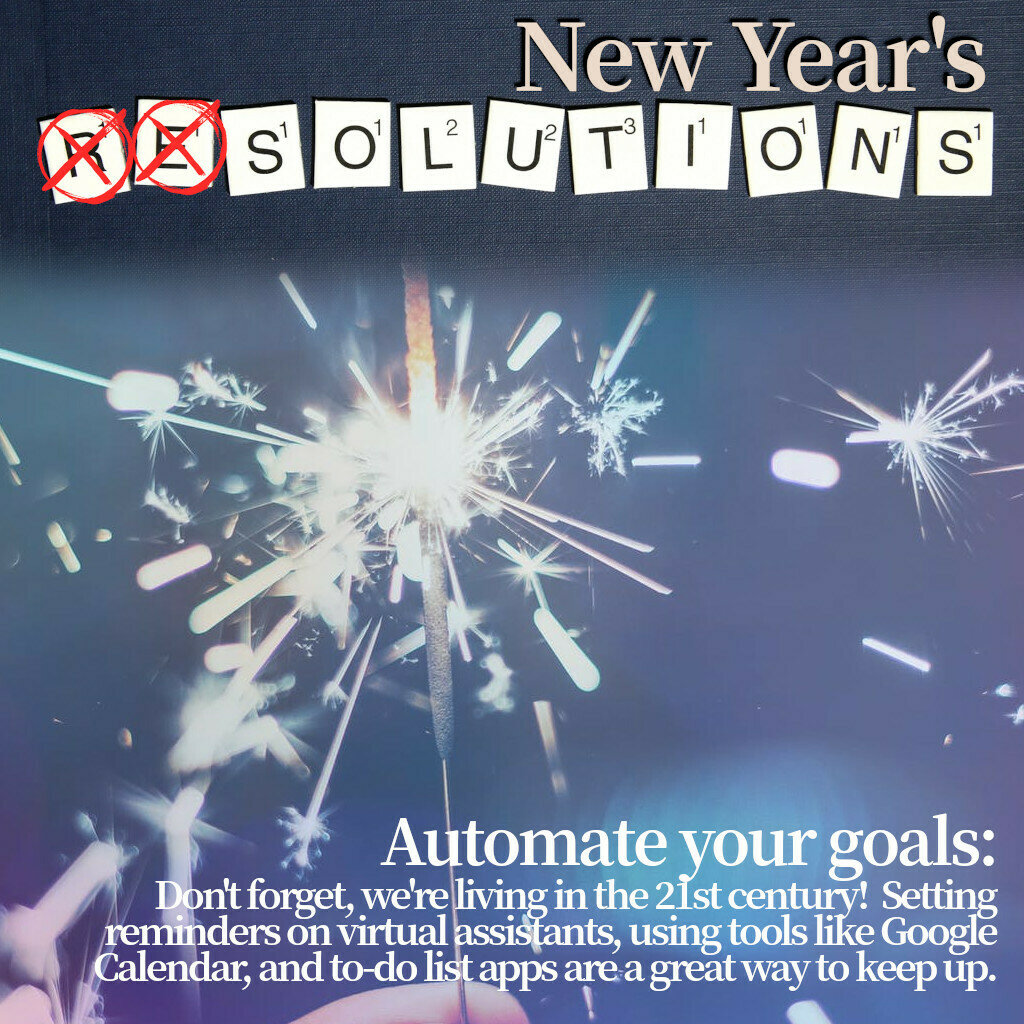 Don’t forget that we live in the 21st Century!  Set reminders via your virtual assistants Siri, Alexa, Google, and Cortana.  Use tools like Google Calendar and to-do list apps are a great way to keep your goals literally in your pocket, so they’re easy to keep up with. 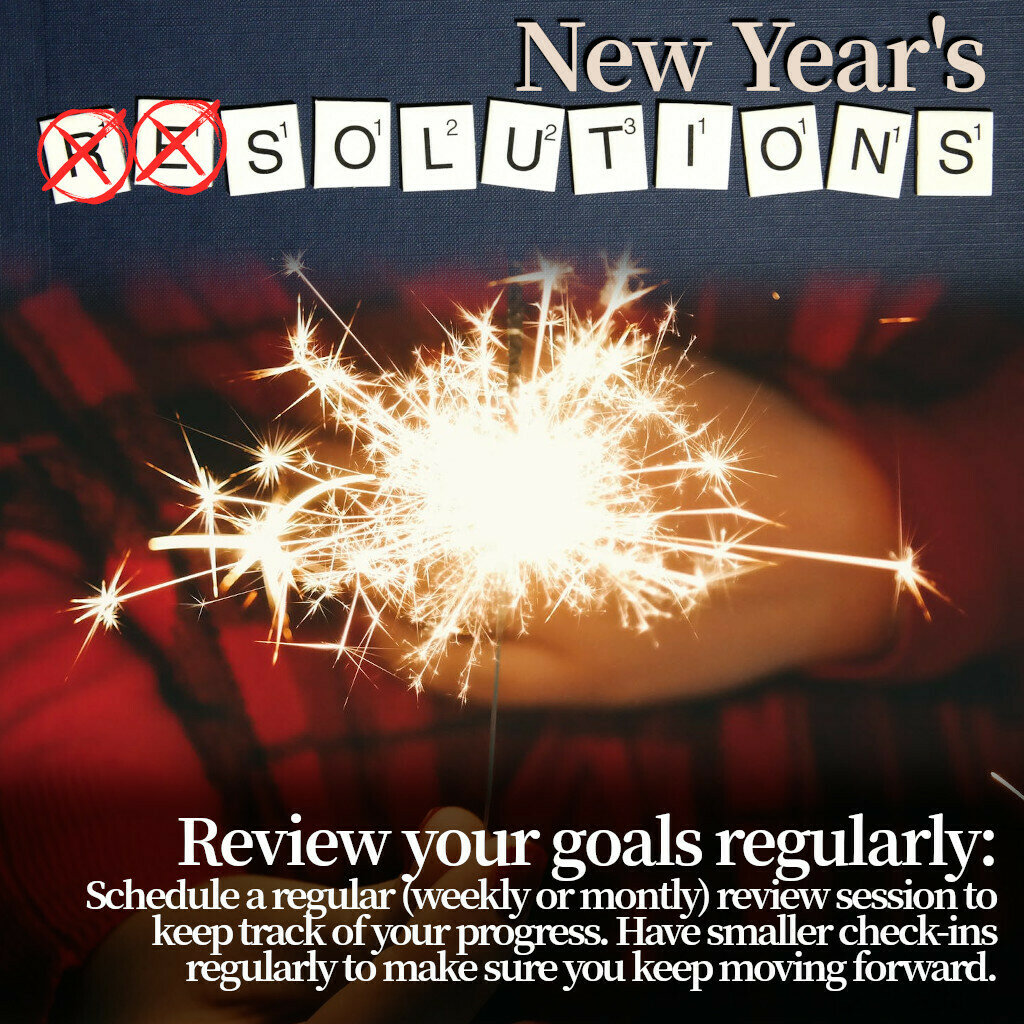 Set yourself a regular (weekly or monthly) review session to keep track of your progress, and have smaller check-ins regularly to make sure you keep moving forward. 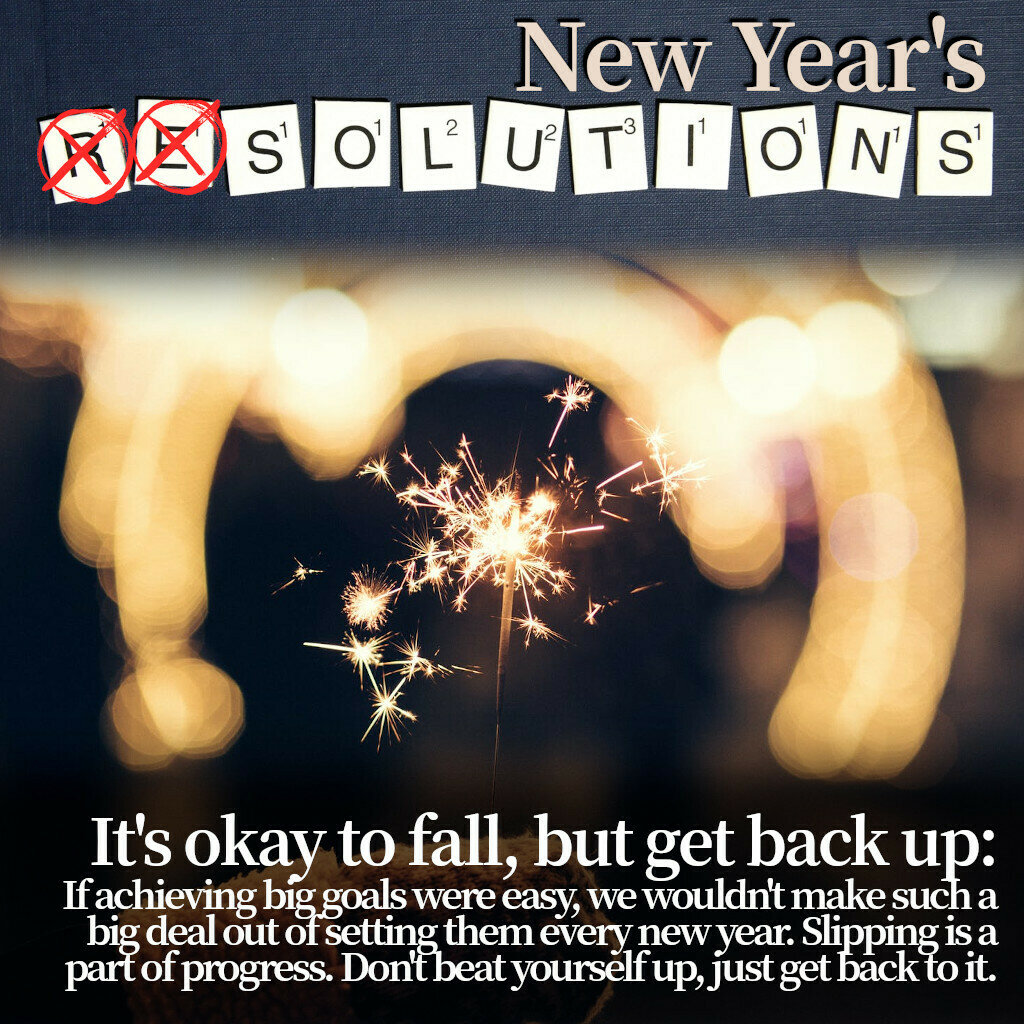 If achieving big goals were easy, we wouldn’t make such a big deal out of them every new year.  Along the way, you will likely slip, so go ahead and prepare yourself for that, too.  Slipping is a part of progress.  When you do, recognize that you’ve slipped because what you’re trying to do is hard – but that’s also why you’re trying to do it.  Don’t beat yourself up, just set your eye once again on the goal, and get back to it.

Posted by AskPatty - Automotive Advice for Women at 06:31:12 AM in Weblogs, What Women Want!, Women Speak!