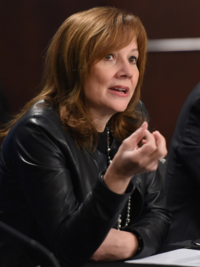 International Women's Day is being celebrated this year on Sunday, March 8, making this a good time to talk about how women are breaking barriers in the automotive world.

It was big news last year when Mary Barra became CEO of General Motors, making her the first female CEO of a major automobile company. She downplayed the significance of her gender when she accepted the position, but that doesn't mean it's not important.

Even though it seems like we're seeing more and more women in positions of leadership, women are still struggling to fit into the largely male automotive industry. According to the U.S. Bureau of Labor Statistics, women hold about 25 percent of jobs in the motor vehicle and parts industry as of late 2014.

Of that number, fewer than one in five engineers in the auto industry are women, according to Lindsay Brooke, author of the report "Women in Vehicle Engineering," recently published in SAE's International Automotive Engineering magazine.

"This is the time when the demand for product developers and technical expertise is acute," Brooke says. "Female engineers in key positions including design, lighting, technology, and product development add a lot to the mix."

Manufacturers are placing greater emphasis on getting women into the production process. The women whose photographs appear in this article hold important positions in automobile engineering and technology (in order, from top to bottom): 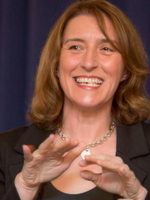 Elizabeth Krear is chief engineer of the Ram 1500 truck for FCA group.
• Grace Lieblein is vice president of global quality at General Motors.
• Dawn Piechocki is engineering manager for Expedition and Navigator at Ford.

While women like these are creating new paradigms for females in the automotive industry and paving the way for even more positions to become available, schools are placing greater emphasis on science, technology, engineering, and math (STEM) subjects to better prepare students for them.

It's commonly said that women influence 80 percent of car buying decisions. According to "Women in Cars," a 2014 analysis by consulting firm Frost & Sullivan, the familiar statistic is now supported by a more concrete number: As of 2012, women hold more driver's licenses than men for the first time in the U.S.

What's most interesting about this statistic is that, according to the Frost & Sullivan analysis, more than half the women around the world are unhappy with the automotive products presented to them. Women want better storage options, nicer interior lighting and materials, and ergonomics that better suit their smaller body size, which leads to OEMs to design cars with more features specifically to address the needs of their female car buyers.

Women are indeed breaking barriers in the automotive realm!

Find out how women are affecting the automotive marketplace here at AskPatty.

Posted by Brandy S at 03:33:35 PM in Around the Auto World, Education and Training

Listed below are links to weblogs that reference International Women's Day 2015: Women are Breaking Barriers in the Automotive World: