« Ford Looks at the Female Frontier and Other Micro-Trends for 2014 | Main | A Woman, Her Horse, and Her Truck »

Super Bowl Advertising Makes You Ask: Which Car Will You Buy Next?

Advertisers shelled out millions of dollars to promote their products and services during Super Bowl® XLVIII, using everything from adorable puppies to famous celebrities to keep you watching and entertained during the commercial breaks, when you might normally run off to the bathroom or kitchen.

Automakers spent their fair share to grab the attention of car shoppers, with more than a dozen commercials from companies like Ford, Toyota, Honda and Smart promoting eco and family friendly vehicles to Cadillac, Jaguar, Maserati, and even Kia promoting their luxurious and exotic choices.

Estimates are that more than 100 million viewers watched Sunday’s game, and based on search activity on AutoTrader.com®, the investment paid off. For the third year in a row, analysts measured activity on AutoTrader.com during the big game to see which ads went beyond just entertaining viewers to entice them to actively seek out more information about the brands and vehicles shown.

According to AutoTrader, the segment that showed the highest shopper interest was high-end vehicles, particularly exotics. The one advertiser who saw the biggest lift in searches at both the make and model level was Maserati, who was positioned early in the game with their commercial titled “Now We Strike.” Searches for Maserati’s entry-level exotic luxury Ghibli model rose 2,143% the hour after their ad ran, while searches for Maserati as a whole were up 385%. First-time big game advertiser Jaguar wasn't too far behind thanks to its spot starring British villains and the tagline #GoodToBeBad According to AutoTrader data, searches for the F-Type were up 1,460% the hour after their spot ran, while searches for Jaguar overall rose 208%.

The luxurious Audi A3 saw a 379% increase in search activity coming from an spot that advises car shoppers not to compromise -- using a goofy “Doberhuahua” as evidence. Watch the Doberhuahua commercial here at YouTube.

Cadillac used the big game to promote its new ATS, pitting brother against brother in an ad claiming “Revenge is a dish best served with 272 horses.” See who gets the last laugh by driving a Cadillac that boasts more horsepower than a BMW in this big game auto ad.

Kia gave Matrix fans a nod by hiring Laurence Fishburne to promote its brand-new luxury sedan, when “Morpheus” offers an unsuspecting couple a startling choice:  "Take the blue key, you go back to the luxury you know. Take the red key, and you'll never look at luxury the same again." He takes them for a ride in Kia’s all-new flagship K900 sedan, complete with the aria Nessun Dorma from Puccini’s opera Turandot. (And yes, that’s really Fishburne singing.)

Moving more into the mainstream segment, Ford opened the game with back-to-back commercials for its Ford Fusion Hybrid intended to promote its excellent fuel economy, which is #NearlyDouble that of other cars. Double Ford ads featuring James Franco and Rob Riggle gave the brand a 373% increase in searches at AutoTrader.

Hyundai also showed a boost from its ads promoting the Elantra and Genesis. One commercial called “Be Nice,” showed Johnny Galecki from "The Big Bang Theory" trying to woo a fellow Elantra driver and includes a cameo by comedian Richard Lewis. The second ad, called “Dad’s Sixth Sense” showed a father repeatedly keeping his son out of danger before finally teaching him to drive in a Genesis with automatic emergency braking, and resulted in a 373% lift in searches for the Genesis.

The Muppets took NFL player Terry Crews for a ride in a Toyota Highlander to show there’s #NoRoomForBoring in Toyota’s popular minivan. The ad celebrates the upcoming 2014 Toyota Highlander launch along with the arrival of the Muppets’ all-new big-screen adventure “Muppets Most Wanted,” to theaters in March 21, 2014.

In an emotional 60-second spot during the first quarter of Super Bowl XLVIII, Chevrolet aired an ad featuring a Silverado pickup truck called “Life,” showing support for World Cancer Day on Tuesday, Feb. 4, 2014, and celebrating cancer survivors and those who support them. Through its Purple Roads initiative, Chevrolet has asked social media users to purple their profiles to support American Cancer Society’s Road to Recovery program and has committed up to $1 million to help ensure cancer patients and their families have access to needed services like transportation to and from cancer treatment or a free place to stay while receiving treatment away from home.  For more information on the Purple Roads initiative and instructions on how to Purple Your Profile, visit chevy.com/purpleroads.

It’s not a new commercial, but smart’s entry was entertaining with a comic ad that takes an electric smart offroad, where the cute little Fortwo climbs steep hills, powers over rocks, and crosses mountain streams like any large SUV… well maybe not, but it parks like a pro in tight city spots! Check out the electric smart ad here. Bruce Willis showed he can do more than blow up buildings and crash cars in the Honda commercial. Instead, in the commercial called #Hugfest, Willis urged watchers to hug family and friends -- while he hugged comic actor Fred Armisen and talked about Honda’s excellent safety rating. In case you didn’t know, Honda’s Accord sedan and coupe, Civic sedan, and Odyssey minivan, and Acura’s RLX sedan and MDX sport-utility vehicle have earned the highest safety ratings from the Insurance Institute for Highway Safety. If you’re not near the people who matter the most to you, send them this link to give them a special hug from Bruce Willis and Honda.

In Volkswagen’s humorous game day commercial, a father tells his daughter that every time a Volkswagen hits 100,000 miles, a German engineer gets his wings.  The automaker claims to have the most cars on the road with over 100,000 miles, and because so many Volkswagens have gone that distance, their wings sprout out at the most inopportune moments -- like in a wind tunnel, or an elevator with an attractive woman. What happens when they go beyond 200,000 miles? You probably don’t want to see, but we hope it smells like Skittles… 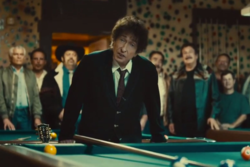 And finally, Chrysler asks; “Is there anything more American than America?” In its two-minute commercial during the third quarter, Chrysler promoted all things American, but especially our cars. Bob Dylan stole the show with his voiceover, saying "When it's made here, it's made with the one thing you can't import from anywhere else: American pride.… Let Germany brew your beer. Let Switzerland make your watch. Let Asia assemble your phone. WE will build your car."  Amen.

Posted by Brandy S at 06:42:23 PM in Around the Auto World, Television

Listed below are links to weblogs that reference Super Bowl Advertising Makes You Ask: Which Car Will You Buy Next? :